Cannabis jobs are hotter than ever, and the mainstream is finally starting to take note. Last week, the New York Times published an article titled “Cannabis, Marijuana, Weed, Pot? Just Call It a Job Machine,” highlighting the fast growth of marijuana-related job listings on sites like Indeed and ZipRecruiter.

At the time, ZipRecruiter’s Julia Pollak estimated the number of cannabis jobs in the U.S. was somewhere between 200,000 and 300,000. This assessment is in fact confirmed by Bruce Barcott of Leafly and Beau Whitney of Whitney Economics, who issued a report assuring that, now that cannabis is legal in one form or another in 34 U.S. states, more than 211,000 people are directly employed by the industry. This implies a 75 percent growth in cannabis employment over the last two years. 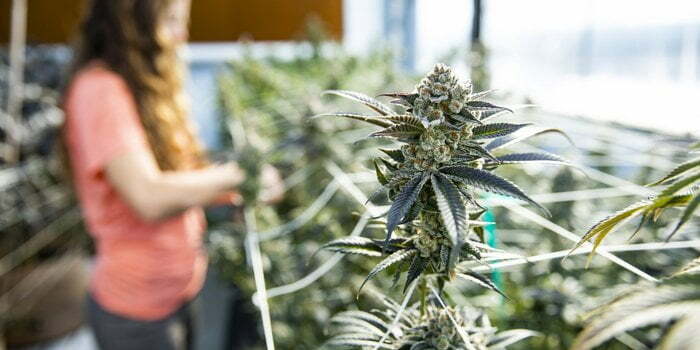 “When indirect and ancillary jobs—think of all the lawyers, accountants, security consultants, media companies, and marketing firms that service the cannabis industry—are added, along with induced jobs (local community jobs supported by the spending of cannabis industry paychecks), the total number of full-time American jobs that depend on legal cannabis rises to a whopping 296,000,” the report adds.

When indirect and ancillary jobs (…) are added, along with induced jobs (…), the total number of full-time American jobs that depend on legal cannabis rises to a whopping 296,000.”

Cannabis job listings have also been on a rapid surge. Marijuana industry recruitment platform Vangst said that it witnessed a 690 percent year-over-year growth in job listings (and a 16 percent increase in average salaries) in 2018. For 2019, the team expects 220 percent growth this year.

Article Summary show
YOU MAY ALSO LIKE
Millennials And Cannabis Internships

As job offerings in the industry rose in recent months, I highlighted a few people leaving high-level roles in other industries to take one in the burgeoning cannabis industry. This was the case of an executive director at Morgan Stanley who left his job to join the marijuana industry; of Joel Lunenfeld, former vice president of global brand strategy at Twitter who took over as Chief Marketing Officer at NorCal Cannabis; of Tim Leslie, a former Amazon executive who was appointed CEO at Leafly; and of Kelsey Barnes, who left a senior position in IBM’s cybersecurity division to take a job at Vinzan International.

But it’s not only execs that are getting hired—job openings in cannabis range from the C-Suite to the mailroom and even to internships. With summer just around the corner, I’ve decided to look at some internship opportunities in cannabis.

Cannabis jobs are not only very cool and often very rewarding on a personal level, but they also pay well. A salary survey published in April on Marijuana Business Magazine assures salaries for entry-level positions are usually above average in cannabis compared to other industries.

“For example, budtenders make more money than bartenders, retail salespeople, and pharmacy aides. Trimmers do better than agricultural crop graders and sorters and greenhouse or crop workers. In contrast, edibles workers are better paid than bakers, general food processors, and cooking machine operators,” wrote Omar Sacirbey. Seeking to illustrate this point, the magazine brought up the example of Oregon-based Cura Cannabis Solutions, which pays a $14 minimum wage for our entry-level employees, above the heavily publicized minimum wage at Amazon. With job listings in the cannabis industry surging as fast as demand and stock prices, below are a few internships open right now:

A unmarried mother had to pay for a NASA internship. Hundreds of strangers chipped in to help her